Why Is Nature So Good for Your Mental Health?

In recent years, a number of wilderness therapy programs have cropped up to help people who suffer from mental health challenges. These trips often involve physically and emotionally engaging experiences—like backpacking or rock-climbing in remote areas—combined with therapeutic work from caring professionals. Something about being engaged in nature seems to help hard-to-treat patients open up, find new confidence, and focus their lives in more positive directions.

Psychologists who conduct these programs believe there is healing power in nature, bolstered by research that suggests green spaces are good for our health, our well-being, and even our relationships. But what is the secret ingredient in nature that brings about these benefits?

A recent study, led by researcher Craig Anderson and his colleagues (including the Greater Good Science Center’s faculty director, Dacher Keltner), suggests it could be awe—that sense of being in the presence of something greater than ourselves that fills us with wonder.

Participants in the first phase of the study were military veterans and underserved youth who went on either a one-day or four-day river rafting trip. Rafters traveled through the forested canyons of the American River in California or the dramatic rock formations of Dinosaur National Monument in Utah, encountering up to intermediate-level rapids. While participants sometimes paddled through the rapids themselves, other times they rode while guides paddled. On the longer trips, they camped out in remote, unpopulated areas.

Before and after the trip, the participants reported on their well-being, including their stress levels, mood, and satisfaction with life. During the trip, they kept diaries at the end of each day about their feelings, including whether they’d felt awe, amusement, peace, gratitude, joy, or pride that day.

At the end of the trip, participants’ well-being had increased dramatically, with youth particularly helped by the experience. Analyzing the diary entries, the researchers discovered that awe—above and beyond any of the other positive emotions—seemed to explain these improvements.

“Experiencing awe in nature is a powerful way to impact people’s psychology, even as they’re doing something they really like to do,” says Anderson.

Next, Anderson and his colleagues decided to study whether awe played a role in more ordinary, everyday nature experiences. After all, rafting experiences have many components that could be beneficial, and the participants had not been randomly assigned to go on the trip; they had volunteered.

In this second study phase, undergraduate students kept daily diaries for two weeks, recounting positive experiences they’d had during the day (which might or might not include awe or nature), as well as their feelings and overall satisfaction with life. They also filled out well-being surveys before and after the two weeks.

Analyses of the diaries showed that students who spent time in nature on a given day felt more satisfied with life that evening than those who didn’t, and that experiences of awe predicted that boost more than any other positive emotion. Thanks to this pattern, students who spent more days in nature over the two weeks saw greater improvements in well-being during that time.

This is good news, says Anderson, because sometimes it’s not that easy for people to invest in long, expensive wilderness trips in order to heal.

“Our findings suggest that you don’t have to do extravagant, extraordinary experiences in nature to feel awe or to get benefits,” says Anderson. “By taking a few minutes to enjoy flowers that are blooming or a sunset in your day-to-day life, you also improve your well-being.”

Why would experiencing awe have these effects? Anderson doesn’t know for sure, but he speculates that awe may benefit well-being by inducing a “small self”—the sense that you are in the presence of something bigger than yourself—which may make past worries or present cares feel less significant by comparison.

But he also concedes that there could be other ways that nature experiences improve our well-being, besides inducing awe. In the river rafting trip, for example, the physical exercise or camaraderie could have made a difference to participants, since both are tied to well-being. And some students also experienced gratitude on days they were in nature—and this, too, led them to be more satisfied with life.

More research needs to be done to tease out awe’s specific role in nature’s healing power, Anderson says. But, whatever the case, he believes there’s enough evidence to encourage us to add more nature to our daily life and to protect our national parks—which, he says, are an important part of our public health system.

“Our study illustrates the importance of trying to find moments to enjoy nature and feel in awe of it,” Anderson says. “People need to learn to slow down and make space for that in their lives.” 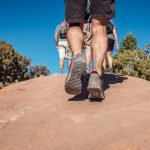 How to Walk Off 10 Pounds 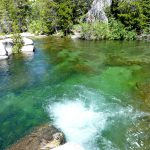