The 5 stages of intermittent fasting

Intermittent fasting isn’t just a weight loss strategy or a hack that bodybuilders use to lose fat quickly while maintaining lean muscle mass. It is at its best a healthy lifestyle informed by human evolution and the study of metabolism. It asks the human body to be much more efficient and self-protective than it is accustomed to being in modern times.

In a well-fed state, the individual cell in your body is in “growth” mode. Its insulin signaling and mTOR pathways that tell the cell to grow, divide and synthesize proteins are active. By the way, these pathways, when overactive, have implications in cancer growth.

The “mammalian target of rapamycin” or mTOR loves having plentiful nutrients around, especially carbohydrates and proteins. When active, mTOR tells the cell not to bother with autophagy (literally cellular “self-eating”), a recycling and cleanup process that rids your body of damaged and misfolded proteins for example. The well-fed cell isn’t worried about being efficient and recycling its components – it’s too busy growing and dividing.

In a well-fed state, your cells and their components are also highly acetylated. This means that various molecules in your cells, including the “packaging” proteins called histones that wrap your DNA up nicely within the core of your cells, are “decorated” with acetyl groups on their lysine (amino acid) residues. Don’t worry if you don’t understand the jargon in that last sentence. What you really need to know is that the well-fed cell has many genes, including those associated with cellular survival and proliferation, turned on. This is because acetylation tends to loosen the packaging proteins that normally keep your DNA wrapped up, and lets your DNA be read for protein production.

While your cells turn on cellular growth and proliferation genes when you aren’t fasting, they also turn other genes off. These include genes related to fat metabolism, stress resistance and damage repair. Actually, when you fast some of your fat gets turned into ketone bodies that appear to reactivate these genes, leading to lowered inflammation and stress resistance in the brain for example.

But during starvation, things are very different. When you are fasting, your body reacts to what it sees as an environmental stress (low food availability) by changing the expression of genes that are important in protecting you from, well, stress.

We have a well-preserved starvation “program” that kicks our cell into a completely different state when food, particularly glucose or sugar, isn’t around. When you fast, and when you exercise, you activate the AMPK signaling pathway. AMPK or 5′ AMP-activated protein kinase is the brake to mTOR’s gas pedal. AMPK signals the cell to go into self-protective mode, activating autophagy and fat breakdown. It inhibits mTOR. At the same time, while you are fasting the levels of a molecule called NAD+ begin to rise because you don’t have the dietary proteins and sugars around that normally convert NAD+ to NADH through the Krebs cycle. NAD+, a molecule whose precursor is Vitamin B3, activates the sirtuins, SIRT1 and SIRT3. (Have you heard of the “longevity” molecule in wine called resveratrol? Yep, it became famous as being a potential activator of the sirtuins). These sirtuins are proteins that remove the acetyl groups we talked about above from histones and other proteins. In this process, the sirtuins silence genes related to cell proliferation and activate proteins involved in creating new mitochondria (the power-generating factories of your cells) and cleaning up reactive oxygen species.

Ketones, also produced during fasting, work as deacetylase inhibitors (in other words, keeping acetyl groups in place). This turns on genes related to antioxidant processes and damage repair.

Whew, that’s a lot happening while your body isn’t taking in any calories. But when exactly do these things happen? We’ve helped you visualize the timeline below and in the LIFE Fasting Tracker app, with a series of icons on the LIFE Fasting arc that represent the five stages of fasting!

The Five Stages of Intermittent (and Prolonged) Fasting

By 12 hours, you’ve entered the metabolic state called ketosis (Anton et al., Obesity 2018). In this state, your body starts to break down and burn fat.

Some of this fat is used by the liver to produce ketone bodies. Ketone bodies, or ketones, serve as an alternative energy source for your brain cells and cells in other tissues when glucose isn’t readily available. Did you know that your brain uses up some 60% of your glucose when your body is in the resting state? When you are fasting, ketone bodies generated by your liver partly replace glucose as fuel for your brain as well as other organs. This ketone usage by your brain is one of the reasons that fasting is often claimed to promote mental clarity and positive mood – ketones produce less inflammatory products as they are being metabolized than does glucose, and they can even kick-start production of the brain growth factor BDNF!

By 18 hours, you’ve switched to fat-burning mode and are generating significant ketones (Anton et al., Obesity 2018). You can now begin to measure blood ketone levels above your baseline values (for example, around a value of 0.6 to 1.0).

As their level in your bloodstream rises, ketones can act as signaling molecules, similar to hormones, to tell your body to ramp up stress-busting pathways that reduce inflammation and repair damaged DNA for example.

Within 24 hours, your cells are increasingly recycling old components and breaking down misfolded proteins linked to Alzheimer’s and other diseases (Alirezaei et al., Autophagy 2010). This is a process called autophagy.

When your cells can’t or don’t initiate autophagy, bad things happen, including neurodegenerative diseases. Autophagy is an important process for cellular and tissue rejuvenation – it removes damaged cellular components including misfolded proteins. Fasting activates the AMPK signaling pathway and inhibits mTOR activity, which in turn activate autophagy. This only begins to happen naturally, however, when you substantially deplete your glucose stores and your insulin levels begin to drop.

By 48 hours without calories or with very few calories, carbs or protein, your growth hormone level is up to five times as high as when you started your fast (Hartman et al.,1992).

Part of the reason for this is that ketone bodies produced during fasting promote growth hormone secretion, for example in the brain. Ghrelin, the hunger hormone, also promotes growth hormone secretion. Growth hormone helps preserve lean muscle mass and reduces fat tissue accumulation, particularly as we age. It also appears to play a role in mammalian longevity and can promote wound healing and cardiovascular health.

By 54 hours, your insulin has dropped to its lowest level point since you started fasting and your body is becoming increasingly insulin-sensitive (Klein et al., 1993).

Lowering your insulin levels has a range of health benefits both short term and long term. Lowered insulin levels put a brake on the insulin and mTOR signaling pathways, activating autophagy. Lowered insulin levels can reduce inflammation, make you more insulin sensitive (and/or less insulin resistant, which is especially a good thing if you have a high risk of developing diabetes) and protect you from chronic diseases of aging including cancer.

By 72 hours, your body is breaking down old immune cells and generating new ones (Cheng et al., 2014).

Prolonged fasting reduces circulating IGF-1 levels and PKA activity in various cell populations. IGF-1, or insulin-like growth factor 1, looks a lot like insulin and has growth-promoting effects on almost every cell in the body. IGF-1 activates signaling pathways including the PI3K-Akt pathway that promotes cell survival and growth. PKA can also activate the mTOR pathway (and, of interest, too much caffeine during a fast may promote activation of PKA).

You might see where this is leading – pressing the brakes on IGF-1 and PKA through nutrient restriction and fasting can turn down cellular survival pathways and lead to breakdown and recycling of old cells and proteins. Studies in mice have shown that prolonged fasting (greater than 48 hours), by reducing IGF-1 and PKA, leads to stress resistance, self-renewal and regeneration of hematopoietic or blood cell stem cells. Through this same mechanism, prolonged fasting for 72 hours has been shown to preserve healthy white blood cell or lymphocyte counts in patients undergoing chemotherapy.

We almost forgot about the last and perhaps most important stage of intermittent fasting – the refeeding stage! It’s important to break your fast with a nutritious, balanced meal that will further improve the function of cells and tissues that went through cleanup while you were fasting. From Mark Mattson and colleagues at the National Institute on Aging: “Upon refeeding, ingested carbohydrates* and glucose stimulate release into the blood of the incretin hormone glucagon-like peptide 1 (GLP1) from enteroendocrine cells in the gut. GLP1 enhances clearance of glucose from the blood by stimulating insulin release from the pancreas and increases the insulin sensitivity of cells. GLP1 crosses the blood–brain barrier and can act directly on neurons to promote synaptic plasticity, enhance cognition and bolster cellular stress resistance.”

*Update: This isn’t a recommendation to break your fasts with lots of carbs and sugars, which may in fact lead to problematic blood sugar spikes. A few carbs can go a long way. It’s best to break your fast with a balanced meal including plenty of vegetables, plant fibers and plant fats, with healthy proteins and some whole grains or legumes if you choose. Avoid simple sugars and processed/packaged foods. Learn what works best for your body, and what you feel best eating following your fasts.

So what are you waiting for? Try out a 12-hour, 16-hour or even a 48-hour hour or longer fast (but talk to your physician first before prolonged fasting) with the LIFE Fasting Tracker app! You’ll be rewarded with badges on your fasting arc that give you updates on your progress toward autophagy and cellular renewal! AMPK = a protein and cellular energy sensor that is activated in response to stresses that deplete supplies of cellular ATP (the cell’s energy currency) such as low glucose, hypoxia and exposure to toxins. It activates autophagy. AMPK is “considered to be a major therapeutic target for the treatment of metabolic diseases including type 2 diabetes and obesity.”

Autophagy = a process by which components inside of cells (including proteins) are degraded and recycled. Autophagy can protect brain cells against accumulation of “bad” proteins that cause neurodegeneration.

Gene = “basic physical and functional unit of heredity”. Genes are made up of DNA and some genes act as instructions to make molecules called proteins.

Glucose = simple sugar with the molecular formula C₆H₁₂O₆. Glucose is the most abundant monosaccharide, a subcategory of carbohydrates.

Insulin = “a hormone made by the pancreas that helps glucose in your blood enter cells in your muscle, fat, and liver, where it’s used for energy.” – via NIDDK

mTOR = a protein, originally discovered in yeast, that “controls cell growth and metabolism in response to nutrients, growth factors, cellular energy, and stress”. “As a central controller of cell growth, TOR plays a key role in development and aging and has been implicated in disorders such as cancer, cardiovascular disease, obesity, and diabetes.”

NAD+ = nicotinamide adenine dinucleotide, a cosubstrate (an activating substance) for other enzymes such as the sirtuins. “Cellular NAD+ concentrations change [decrease] during aging” and increased NAD+ concentrations, for example through supplementation, may promote longevity. 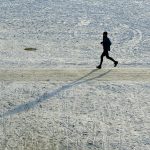 The complete guide to exercising in winter